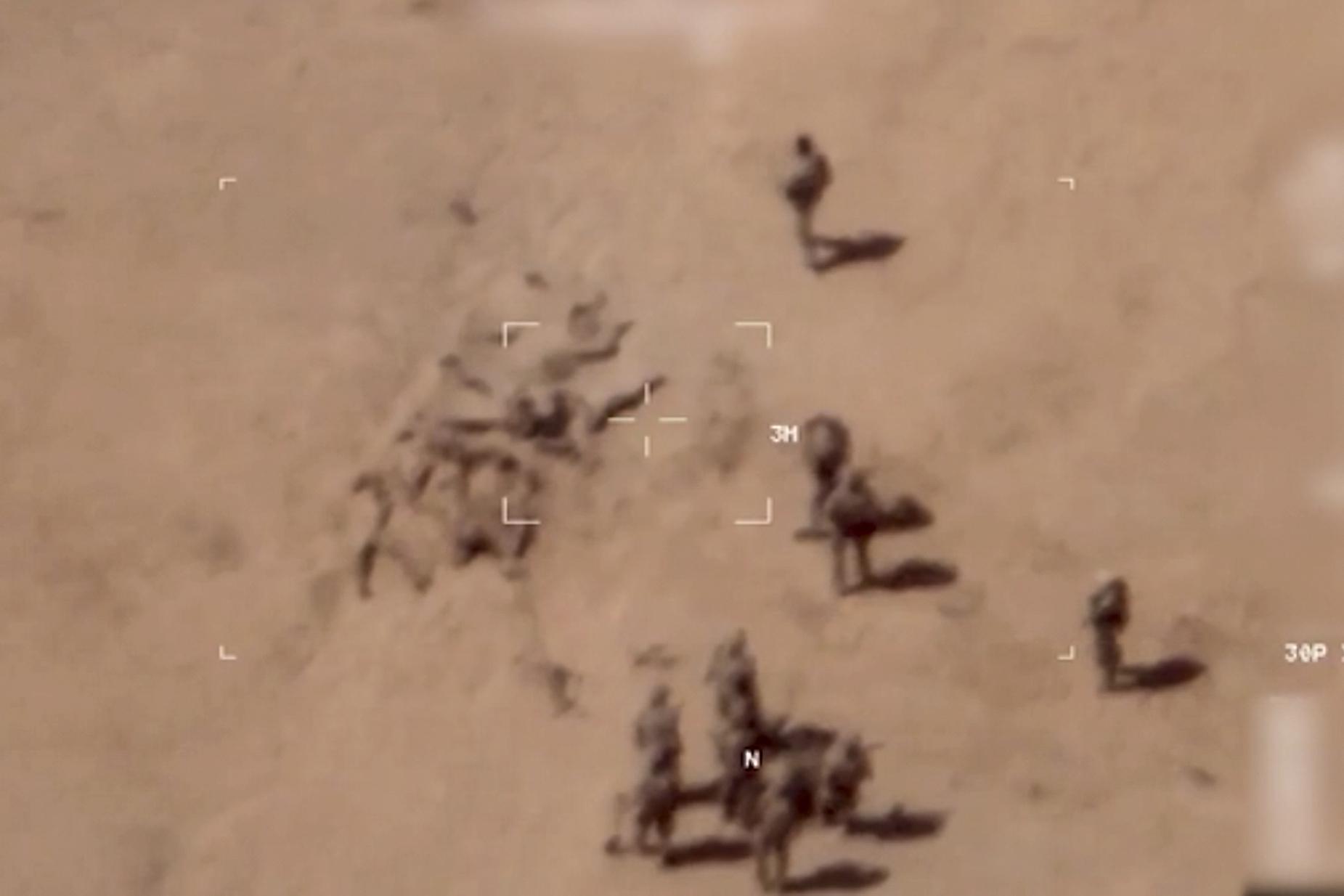 The Wagner Group’s hybrid warfare in Mali: implications for France, Europe and the Sahel

On April 22, the French army officially handed over the Gossi military base to the Malian military following the end of the operation Barkhane in Mali. Shortly after, Mali launched an investigation into a mass grave discovery near the base, implying that France was responsible for such atrocities. The French Armed Forces released a statement according to which it had footage of what appeared to be Caucasian soldiers covering bodies with sand 4 km from the Gossi base soon after the handover – AFP obtained a copy of the footage. France claimed that the individuals burying bodies were members of the Wagner Group (a private military company linked to the Kremlin).

If confirmed, this event is one of many examples of Moscow’s disinformation campaign and its growing role in the destabilisation of the Sahel region, and of Mali in particular. Since 2014, Bamako has been at the centre of the regional counter-terrorism efforts due to its geography and the terrorism threat in the country. The involvement of Russia, via the Wagner Group, will have serious consequences for all the parties involved in the region, namely Mali, its neighbours, France and the European Union.

Given the political and economic isolation Russia is currently dealing with, Moscow seeks alternative ways to keep its international influence. The sanctions imposed by Western countries following the annexation of Crimea in 2014 (and more recently by the invasion of Ukraine) have pushed the Kremlin to expand its cooperation network outside its traditional sphere of influence. Africa has a lot to offer and so in 2019, Russia launched the biggest Russian-African forum in post-Soviet history.

Russia’s interests in Africa cover political, energy, agriculture, science, and conventional military cooperation. In order to advance such interests, Russia is using the Wagner Group to facilitate operations on the ground and to carry out disinformation campaigns to discredit other actors operating in the region like France.

Indeed, the Wagner Group has already been involved in a number of (dis)information campaigns in Sub-Saharan Africa, by working alongside the Federal News Agency and Yevgeny Prigozhin; one of the closest ally of President Vladimir Putin.

For instance, in 2018, the Wagner Group-linked political technologists worked on the Madagascar presidential elections. The New York Times reported on how the group published its own newspaper in the local language, acquired local TV airtime and hired students to write articles in support of President Hery Rajaonarimampianina among other things.

Another example was the anti-French campaign on social media in the Central African Republic (CAR), and the support of President Faustin-Archange Touadéra in the fight against rebel groups. After Wagner’s involvement in the CAR, a Prigozhin-linked company received gold and diamond licenses in the country.

The campaign’s primary interest is to intensify the decline of the popularity of the French presence in the Sahel, by fostering citizens’ disapproval due to the operation’s protractedness, alleged human rights violations carried out by the French Army and the level of Paris’ involvement in the country’s governance.

Replacing France as a traditional partner of some of the West African states would satisfy of numbers of Russian strategic interests in the region, such as opening new trade markets and access to natural and mineral resources (e.g. gold, chromium, diamonds, etc.). Moreover, the Russian atomic agency seeks to expand its cooperation network with Sub-Saharan states.

In addition, Russia has interests in the export of conventional weapons. For instance, in 2017 – 2018, Russia supplied fighter jets, military helicopters and missiles to Angola, Nigeria, Sudan, Mali, Burkina Faso and Equatorial Guinea and this trend continued to grow in 2021.

Last but not least, Russia pursues the goal of increasing its strategic presence in Sub-Saharan Africa. An example is the planned establishment of the Russian naval base in Port Sudan in the Red Sea for accommodating ships with nuclear power units.

The presence of the Wagner Group in Mali will have an impact in four areas:

In the medium term, it is likely that Bamako will continue its cooperation with the Wagner Group. While the efficiency of the group’s counter-terror efforts can be doubted, its presence can strengthen the current regime, which came to power after the coup in May 2021.

Moreover, the level of freedom the Wagner Group is currently enjoying may negatively impact the humanitarian situation in Mali; the group is infamously prone to human rights violations like what occurred in Syria.

Russia is likely to continue expanding its cooperation with Mali and other regional actors, starting with countries struggling with domestic security threats. In this regard, Russia will promote itself as a security provider, while undermining France’s role in the region. In January 2022, Pro-Russian protesters hold regular rallies in Burkina Faso to demand the government switch alliances from France to Moscow. Similar sentiments were expressed by protesters in Chad in February. In Niger, protesters blocked a French military convoy on its way to Mali in November 2021.

To counter-balance the decreasing popularity of military operations in France and the Sahel, Paris is seeking to shift its strategy towards a more European-led approach. On May 25, the EU announced the launch of three new military missions in Burkina Faso, Niger, and one of the Gulf of Guinea states to counter the Russian presence. However, whether this new mission will be successful to counter-balance the influence of Russia (and the Wagner group) in the region is yet to be seen.