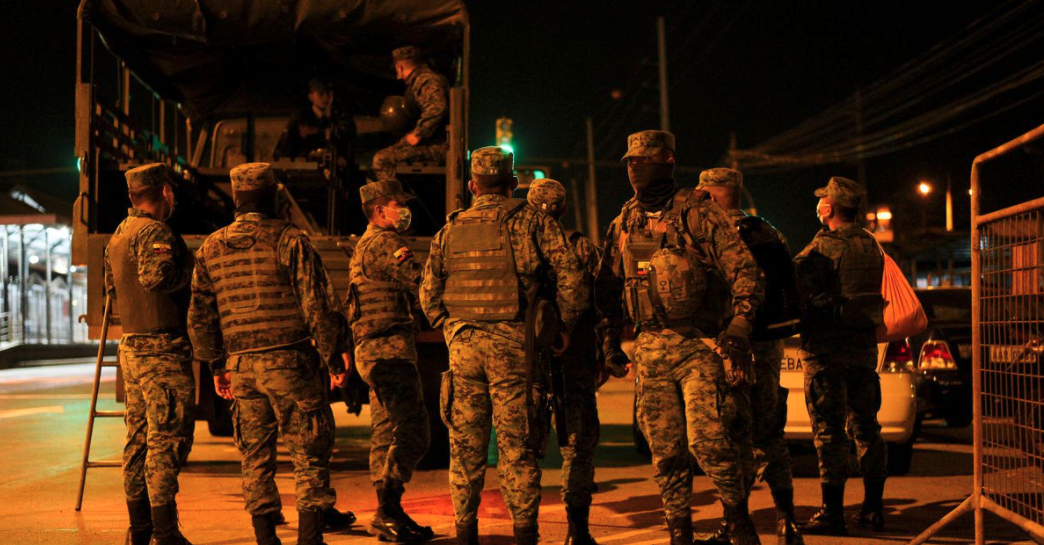 On September 28, the Ecuadorian government reported that 116 inmates were killed, including 5 beheaded, and 80 others were injured during a riot in the Littoral penitentiary of Guayaquil, Guayas. The situation remained fragile for a few days as another attempt to riot occurred on October 02, leaving 4 people injured, including police officers. President Guillermo Lasso declared a state of exception in the prison system of the country on September 29.

Since 2019, Ecuador has been experiencing a structural prison crisis with episodes of riots that are repeated periodically and culminated in the bloodiest massacre in Ecuador’s history and one of the largest in terms of deaths in the region. In 2021 alone, 239 inmates have died because of gangs fighting in prisons.

Ecuador was nicknamed the ‘cocaine superhighway to the US and Europe’ due to its fundamental role in the international drug supply chain since 2000. Several aspects led to this. First of all, its geographical position allowed the Peruvian coca base to travel to Colombia – the world leader of cocaine production. Secondly, the dollarization of the economy in 2000 enabled Colombian cartels to launder their money easily. Last but not least, until 2019 Ecuador had benefited from a relatively low murder rate and the absence of big cartels like the ones in Mexico and Colombia. All of these elements turned the country into a discreet zone of massive shipment, with Ecuador dispatching around the world over a third of Colombia’s drug production from its airports, ports, and coasts in 2018.

Therefore, the prison riots are the consequence of Mexican criminal organizations seeking to take control over Ecuador’s strategic roads and ports by using local criminal groups. Specifically, Los Choneros, who are linked to the Mexican Sinaloa cartel, have been in a war against Los Tiguerones, Los Lobos and Los Largartos, who operate for the Mexican Jalisco New Generation cartel. The prison system has become a place for these organized groups to fight one another but also to expand their influence. Hence, it is clear that the control of organized crime within the prisons is a matter of national and regional security, in addition to the fight against drug trafficking and local crime.

Corruption and overcrowding have also been contributing to the escalation of gang violence in the Ecuadorian prison system. In July 2021, Associated Press estimated Ecuador’s prisons at approximately 30% above their capacity. Attempts at reforming were made in 2019 as the government launched a project worth USD 38.3 million aimed at improving the infrastructures. Yet, these efforts were hindered by budget cuts of up to 70% throughout 2020. Furthermore, the arrest of the director of the Guayaquil prison, Héctor Reyna Vivar, in October 2020 for being part of a corruption ring within the prison can be seen as another indicator of the authorities’ failure to adequately address the penitentiary system.

The permeability of prisons has enabled gang members to obtain the arsenal and resources needed to carry out attacks and drug trade from within. In an even more alarming way, inmates held in other prisons were able to organize 3 coordinated attacks against members of Los Choneros in the prisons of Guayaquil, Cuenca, and Latacunga on February 23, killing 84 inmates.

This spate of gang violence within the prison system not only demonstrates the intensification and sophistication of Ecuador’s worst gang war, but also the authorities’ failure in containing a security threat growing both from outside its borders and inside its prisons.

On October 18, the government announced a state of emergency and President Lasso pointed out that the country had gone from being a trafficking zone to one that also consumes drugs. This is a new development in the country’s security that could impact organizations conducting business in Ecuador. Until 2019, the political environment had been relatively stable which in turn stimulated economic growth and foreign trade. For example, in 2017 Ecuador joined the EU’s Andean Trade Agreement alongside Peru and Colombia. In this context, it is not clear whether the decrees of the state of exception in the prison system and the state of emergency will be enough in the medium and long term to reduce gang violence and guarantee political stability. Without stronger security policies and a reform of the prison system, criminal organizations are likely to grow in size and insecurity will continue to spill into the civil society, hence significantly decreasing both the political and economic stability in the country.

PrevPreviousSudan | Demonstrations expected to take place across the country on October 21
NextUnited States | US military base on lockdown over reports of bomb, active shooter threat in Bethesda, MarylandNext