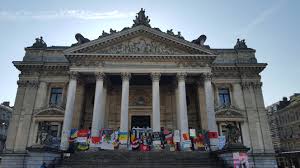 While Belgium and specifically Brussels have been under high alert since the attacks in Paris, attacks against soft targets are extremely difficult to foil. The extent to which this attack was conducted by a new or known terrorist cell will be indicative of the ability of jihadist cells to grow and operate in the heart of Europe despite draconian security measures. Refugees hoping to move to Europe, Greece and its 50,000 refugee population and the Schengen agreement will be at the receiving end of the negative socio-political blowback of the attack. The first will find public opinion less sympathetic to their plight, the second will find itself with a permanent refugee population that it will have to manage and finally more unilateral actions circumventing the Schengen agreement ought to be expected from EU member states. Given its leverage in the context of the EU’s strategic priorities which are the threat of IS and the refugee crisis, Turkey will see its role further increased.

While the country was under a high alert condition since the November 2015 Paris attacks with the Belgian Army patrolling and guarding potential soft and hard targets, the ability of law enforcement agencies to prevent such attacks where devices or explosive vests can be easily concealed, is limited. In the context of terrorism only successful attacks are visible and while they might rarely occur, they are of high impact and always spur discussions around the extent to which security measures are/have been adequate. This is the second attack in Brussels in recent years, following the May 2014 attack against Brussel’s Jewish Museum.

It is likely that when responsibility for the attacks is assumed (most likely by the Islamic State or one of its affiliates), the attacks will be described as retaliation for the arrest of Salah Abdeslam. Presenting the attacks as a revenge move will attempt to imply that the Caliphate’s cells across the world have the capacity to reorganize and retaliate in a rapid and effective manner despite any draconian security measures that might be in place.

The role of Salah Abdeslam in today’s attacks and the extent to which Belgian authorities failed to extract relevant intel from the captured militant will be of major concern in the coming days. The suspect admitted that he intended to blow up his jacket during the attacks in Paris but backed off and fled. His failure to carry out the attack is likely to have put him at odds with IS leadership and their networks in Western Europe, given that if his lack of conviction were to go unpunished, this would create an unsettling paradigm for other IS recruits that are groomed for suicide attacks. An important question arises about whether this attack was carried by a new cell, or by individuals linked to Salah Abdeslam who judged that law enforcement agencies were closing in on them.

A preliminary analysis of today’s event may suggest that the attacks were orchestrated some time before the arrest of Abdeslam. The coordinate operation was well orchestrated and certainly required some days in preparation (survey of locations, preparation of suicide vests, etc.).

The arrest of Abdeslam in Brussels on March 18 (4 months after Paris attacks) is a clear indication that he could count upon a well established network of facilitators, some of whom are still at large.

In the aftermath of the attack, the migrants and refugees stranded in Greece (more than 50,000) will likely see their chances of being re-settled in Western Europe diminished, and the country will have to deal with what will become a permanent refugee population. Transit countries are going to further prop up their border controls to avoid any refugee or migrant influx while ‘final-destination’ countries such as Germany, France and the Scandinavian countries, are going to see public opinion sway to an even less conciliatory tone vis-à-vis resettlement. In accordance with the 20th of July 2015 decision taken by the EU, 18,000 asylum recipient positions remain open; a number significantly lower than the volume of refugees that would be eligible for consideration.

Already under strain after the Paris attack and the ongoing refugee crisis, the latest incidents will negatively affect continued support for Schengen, with the agreement for the free movement of people bearing the brunt of the socio-political blowback of the bombings.

On the one hand, attacks such as the one conducted in Brussels this morning strengthen right-wing parties and give credit to their agenda pushing the governments in power to assume tougher positions on migration and refugees. On the other hand, Turkey’s proximity to the Islamic State’s territory and the significant leverage it holds over the refugee flow are going to see its geopolitical position further strengthened. Under public pressure, EU governments will want to see refugee flows diminished (in the context of the 18th of March EU-Turkey agreement) and a significant retaliation against IS to occur. Undoubtedly Turkey will see to that any facilitation provided to the anti-IS coalition is met with concessions towards its agenda for a potential safe zone in Syria and its demands that Western policy towards the YPG Syrian Kurds is further aligned to Ankara’s.

The complete absence of EU criticism over Turkish domestic developments is equally likely to continue, as Turkey’s role in the EU’s strategic priorities (refugee crisis and IS) is too crucial to be jeopardized.