On October 14, at least 6 people were killed and 32 were injured following gunshots during a protest in Beirut. The incident occurred in the Tayouneh-Badaro area. A protest was held by partisans of the Amal Movement and the Hezbollah political party against the judge Tarek Bitar, which oversees the Beirut port explosion. 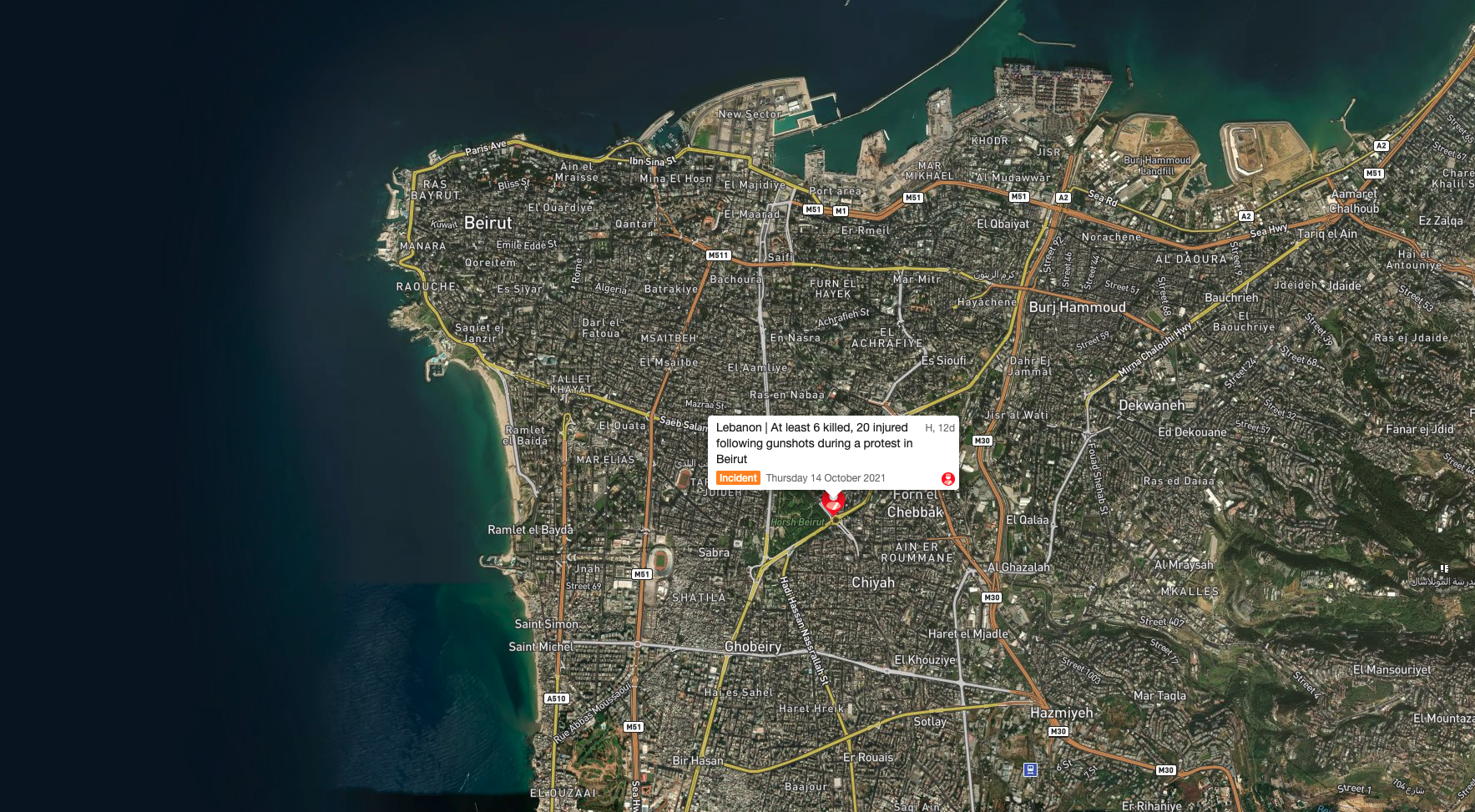 The clashes that took place in Beirut on October 14 have been the worst incident of civil unrest reported in the capital since 2008, when Hezbollah’s militia forces won over the government, giving to the Shiite party enough ministries to control the cabinet agenda since then. With Lebanon plunged in an unprecedented multidimensional crisis, the state is unlikely to stand the latest attempt from Hezbollah to safeguard its political interest through the boycott of Beirut’s port explosion enquiry.

The gunshots that raged Beirut had a clear political goal, calling for the removal of judge Tarek Bitar. In the morning of the protest, 4 pro-Hezbollah members, including the former finance minister Ali Hassan, an aide to Nabih Berri, speaker of the Parliament and a Hezbollah ally, received an arrest warrant for being suspicious of negligence in connection with the port’s explosion. Hezbollah mobilized its supporters to stop what they chastised as a “biased” and “politicised” trial. The violence that followed between Shiite militias of Hezbollah and its Amal supporters and the Christian Lebanese Forces should be understood through the prism of a wider political crisis that the country is facing.

Since 2019 Lebanon has witnessed an economic collapse, as the value of its lira has plunged by 90% of its original worth, generating a state of inflation, triplicating prices, and driving more than 78% of the Lebanese population to live under the soil of poverty. The explosion of Beirut’s port in August 2020 further exacerbated the economic and political crisis, as Lebanon’s reliance on imports was curtailed. A lack of food, medicines and power outages of up to 22h per day have become the daily life for the Lebanese.

All parties of the Lebanese political spectrum are using their leverage to blame others on the corruption, inflation, bankruptcy, food shortages and power cuts taking place in the country. The desperation of the political elite to hold on to the last positions of wealth while the country crumbles is reflected in their threats of violence and ignited sectarian language to avoid any accountability for their past and present deeds. Proceeding with the port enquiry would mean for the first time in the country that sectarian leaders are stirred from their immunity given by the constitution. This would be an important first step into breaking the clientelist system that shields politicians and businessmen alike.

Lebanon is now at the impasse of having to choose between the rule of law and risking civil peace, or maintaining the system of sectarian patronage. Most of the Lebanese people have crystalized their hopes for changing the status quo on the figure of judge Bitar, who has emerged as one of the country’s most popular civil servants. It is likely that if the investigation persists, Bitar will receive stronger threats that might lead him to step down from the investigation, as the previous judge did.

On the other hand, Hezbollah politicians are threatening to step down from the government if the investigation proceeds. This would trigger further turbulence in the political sphere leading to the formation of a new government, but without Hezbollah’s support, this will be complicated to achieve. The dissolution of the cabinet would further delay the aid from the IMF and international donors, as the absence of a government would obstruct the implementation of awaited conditional economic reforms.

It is unlikely that the country falls back to the state of civil war witnessed in 1975. Yet, politicians will keep using sectarian language to stop the judicial probe, as it is the most effective way to discredit state institutions. While the country is witnessing a fraying economic downfall, this polarisation might generate further episodes of civil violence on the streets. Increasing violence could stagnate the already weak functioning of Lebanese governmental institutions, by causing the delay of the Parliamentary elections expected for March 2022. In this scenario, an increase in the centrality of the counter states militia structures could be contemplated.