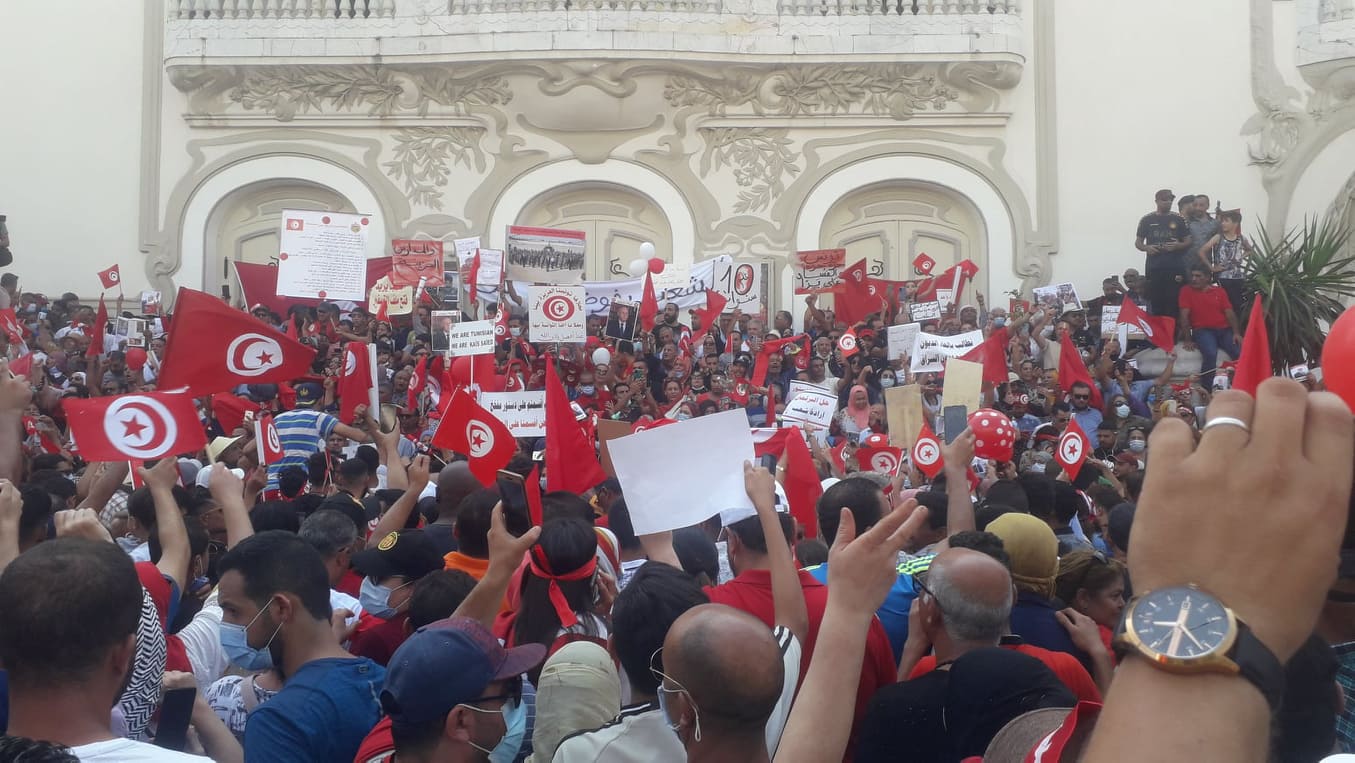 Tunisia | Which role will the newly formed government play?

On October 11, the President of Tunisia, Kais Saied, announced the new government of Tunisia, 12 days after appointing Najla Bouden as Prime Minister. The announcement came after President Saied activated article 80 of the Tunisian constitution to undertake exceptional measures including the dismissal of the then Prime Minister Hicham Mechichi and the suspension of the Parliament on July 25.

Despite the formation of a new government, the exceptional measures that were first undertaken for 1 month, then extended indefinitely, remain in effect without any indication regarding the restoration of the normal constitutional order. Those exceptional measures allowed President Saied to grant himself an executive authority, meaning he can make legislative texts by issuing decrees and be the sole decision-maker regarding the policy to follow. Almost full powers are thus kept under President Saied’s control. Within this context, which role will the newly formed government play?

The announcement of a new government was long-awaited by both domestic and foreign political actors. However, its prerogatives will be quite limited. Following the swearing-in ceremony, Prime Minister Bouden highlighted that the government will prioritize fighting against corruption, improving the living standards of Tunisian citizens and restoring their confidence in the Tunisian state. However, no mention was made regarding measures to support an ailing economy facing a debt crisis and experiencing high inflation and unemployment.

Talks with the International Monetary Fund (IMF) were interrupted during the 11-week time interval between the activation of article 80 and the formation of the government. Any deal is compromised as long as the political and social dialogue is not revived and the government does not present an economic program with credible reforms. The restoration of the political dialogue is unlikely as President Saied is maintaining exceptional measures which he has no intention to lift in a near future. Indeed, he intends to name a committee that will amend the constitution and submit it to a popular referendum.

The decisions of President Saied are met with fierce opposition that is increasing week after week. His opponents are denouncing those measures as a coup, calling them unconstitutional and are considering the new government as illegitimate. Thousands of demonstrators gathered to protest across the country over the last weekends. Political opponents and activists called for a first nationwide demonstration on September 26 and the protest movement was pursued the next Sundays on October 3 and 10. The protest movement was mainly followed in Tunis but demonstrations were also held on a smaller scale in other cities such as Gafsa or Tataouine.

On October 10, between 6,000 and 8,000 demonstrators gathered in front of the Municipal Theatre in Tunis. Checkpoints to control and filtrate demonstrators were set up but despite those measures, acts of violence were reported during the demonstration. Several journalists were injured after being targeted by stone and bottle throwing. At the same time, supporters of President Saied started to demonstrate as well and demanded to the President to dissolve the Parliament. Growing tensions may trigger an escalation of violence, with potential clashes between supporters and opponents of President Saied. An escalation of tensions especially in the capital combined with an unsure political landscape should provide businesses operating in Tunisia incentives to secure their assets and might lead them to consider more carefully investment opportunities.

The conduct of major economic measures is compromised by the reduced field of action of the government and by its transitional nature while waiting for an amended constitution to be adopted. In the meantime, the lack of reforms could have consequences for both public finances and the Tunisian population. Without a deal with the IMF, Tunisia could struggle to finance its budgets and to repay its debt. Worsening economic conditions would undoubtedly have negative repercussions on the living conditions of Tunisian people, at the opposite of the stated objective of the government. A growing dissatisfaction towards President Saied and his government would be expected, leading to an increase in popular protest movements and deepening the existing movement led by political opponents and activists. If the President gained popularity after undertaking exceptional measures, going from 35 % to 87 % of satisfaction in surveys, people’s support can never be taken for granted. His popularity has been slowly decreasing as the formation of the government was being awaited. President Saied stated that he wanted to install a national dialogue with citizens across the country, but it might not be sufficient to keep people’s support in a declining economy.

PrevPreviousUnited States | US military base on lockdown over reports of bomb, active shooter threat in Bethesda, Maryland
NextIraq | The implications of 2021 surprise election resultsNext