Yemen: The battle for Marib, a crucial chapter in Yemen’s civil war

On October 11-12, more than 134 Houthi militants were killed by a series of airstrikes perpetrated by the Saudi-led military coalition in Al-Abdiya District, Marib Governorate. During the past 48 hours, the Saudi airpower has reportedly carried out a total number of 43 airstrikes targeting Houthi positions in Al-Abdiya in an attempt to prevent the rebels from capturing the Internationally Recognised Government’s (IRG) last stronghold in northern Yemen, the strategic and hydrocarbon-rich province of Marib.

Over the past couple of months, clashes have been intensifying in Yemen mainly in Marib, where armed confrontations have reached a new peak since the onset of the Yemeni civil war in 2014. The rising number of casualties is indicative of the Houthi’s unceasing determination to win what appears to be the decisive battle in the 7-year long war. Alongside its ground forces, ballistic missiles and explosive-laden drones have been frequently deployed by the Iran-backed militia in the recent attacks on IRG forces. At least 1,700 soldiers were killed, and 7,000 others were wounded by the IRG troops since the new wave of Houthi offensives began in February 2021. Although the Houthi advances have been hampered by the Saudi-led coalition airstrikes, airpower proves to be an inadequate tool in deterring the ongoing insurgency. The Houthis are continuing their constant effort to achieve victory in this pivotal confrontation to bolster their bargaining position ahead of any future peace negotiations. 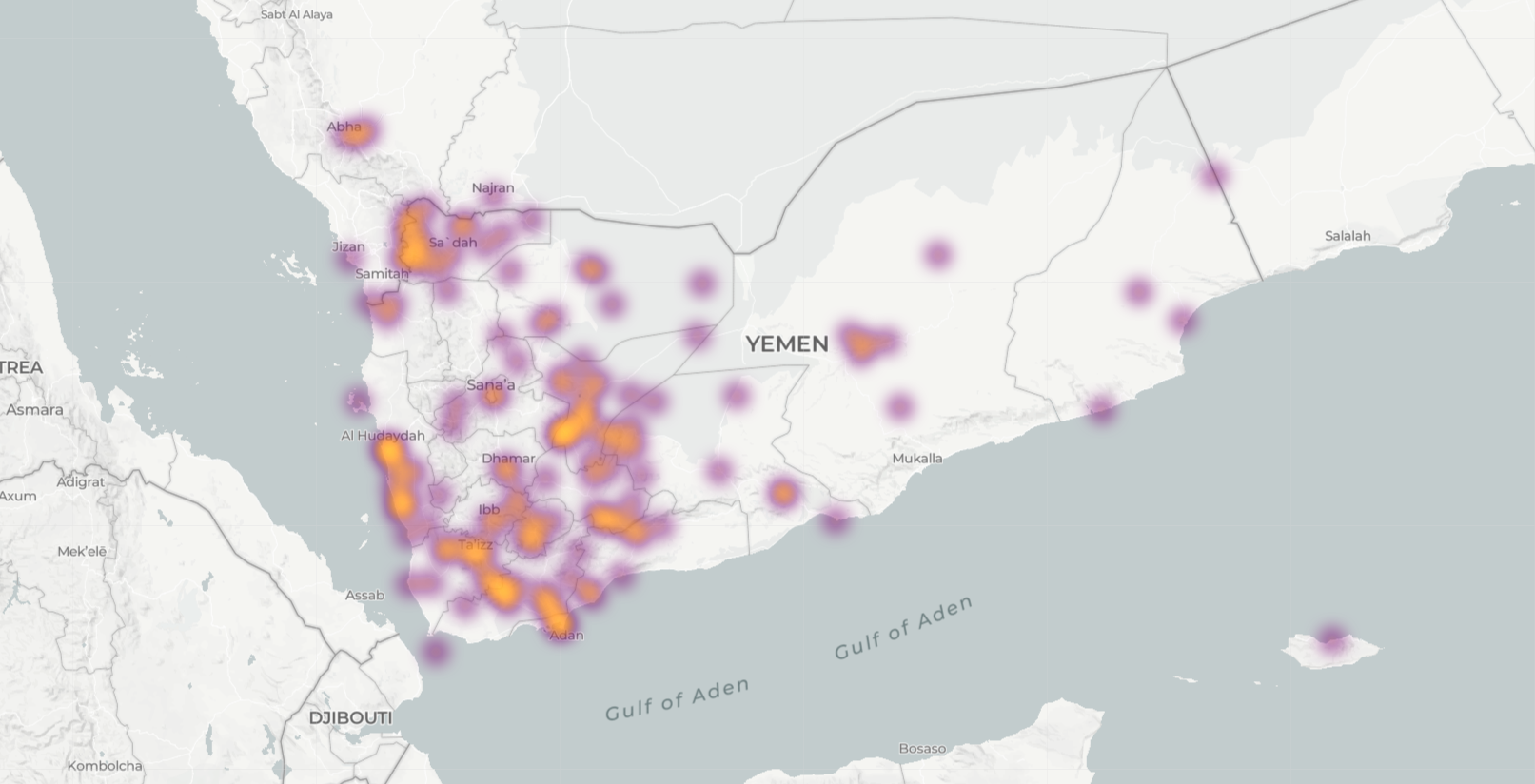 In fact, the seizure of Marib has the potential of tipping the balance of power between the warring parties in Yemen. Controlling this strategic point by the Houthis would mean the near-total expulsion of the IRG from its last foothold in northern Yemen. If the Houthis were to control Marib that would mark the de facto end of the IRG on the ground, rendering the Yemeni state apparatus with little or no touch with its theoretically ruled territories. Especially after losing Aden to the separatist Southern Transitional Council (STC) – backed by the United Arab Emirates (UAE) – it becomes increasingly more challenging for president Hadi to assert himself as the legitimate ruler of Yemen; an additional layer of complexity that reflects the Saudi-UAE divergence on the question of Southern Yemen.

Moreover, the control of  Marib would provide the Houthis with a continuous and viable source of income. Marib accounts for over a third of Yemen’s oil and gas total revenues, making it one of the most valuable provinces in the country. With the existing infrastructure, Marib produces 5,000 bpd, down from 40,000 bpd before the civil war. Moreover, it hosts an oil refining facility with a capacity of 10,000 bpd (4). Stripping the government of a vital source of income, together with the growing internal conflicts will further weaken the IRG ability to counterbalance the rising momentum of the Houthis.

The hike in prices, inflation, and declining economic performance are signals of a deepening crisis in Yemen. A further loss of territories, resources, and legitimacy by the IRG could lead to its exclusion from the conflict equation. The main supporter of the IRG, Saudi Arabia, is shifting its focus towards strategic key coastal areas instead of mitigating Yemen’s internal rivalries. Therefore, it is hard to imagine how the IRG can survive the current quagmire. In addition to the potential economic difficulties, the battle for Marib would also trigger a major humanitarian catastrophe. In an all-out offensive scenario by the Houthis on Marib’s urban areas, many IRG affiliates, as well as the civilian population would choose to flee the area, causing an outflux of Internally Displaced Persons (IDPs). On the other hand, the STC would seize the opportunity to expand its autonomy, making it harder for the IRG to operate in the southern provinces which would impede any efforts of humanitarian intervention.