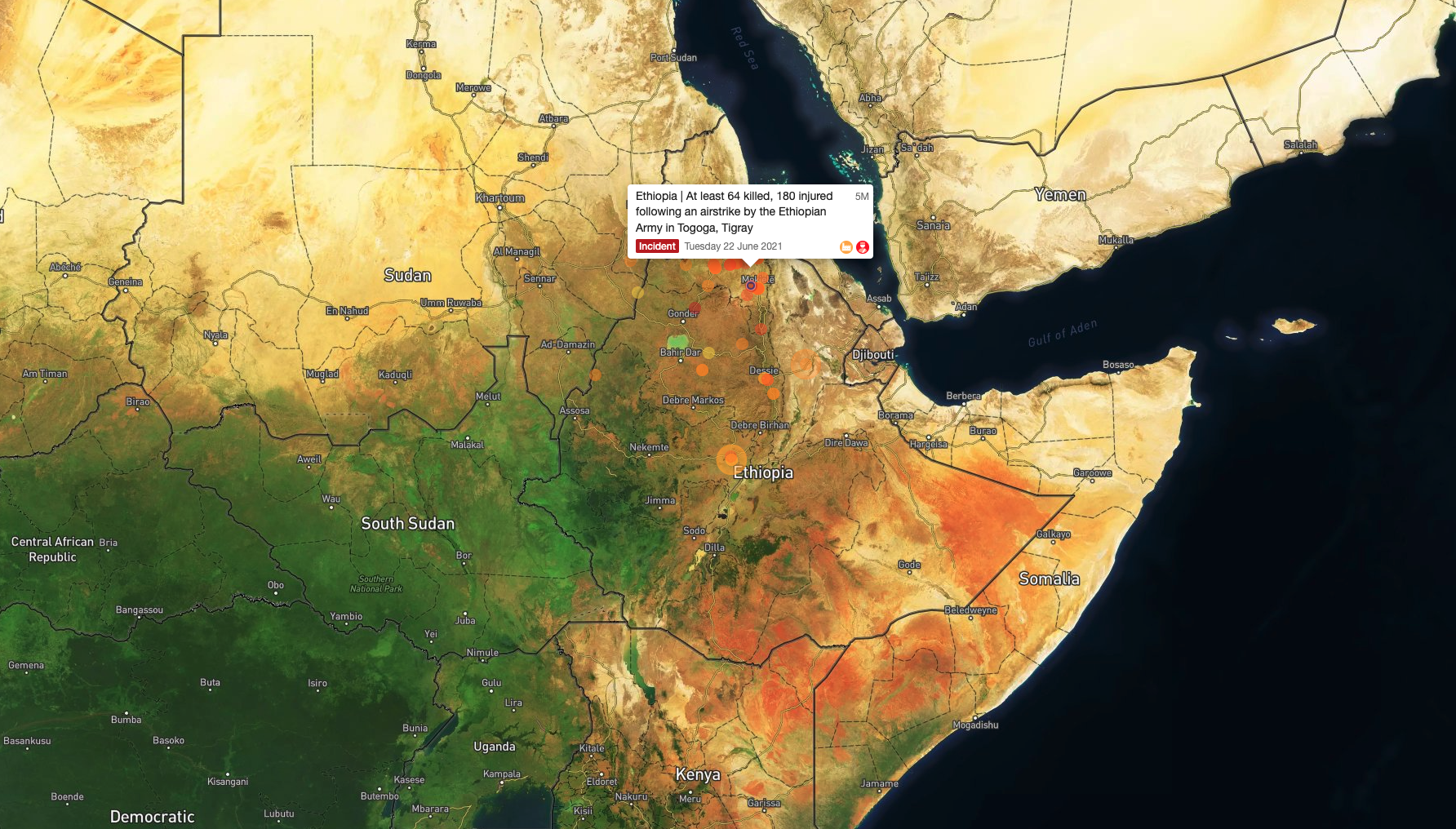 Ethiopia | The civil war in the Tigray region

On November 5, 9 militant groups declared the formation of the United Front of Ethiopian Federalist and Confederalist Forces (UFE) at a conference meeting in Washington DC. Among these groups were the Oromo Liberation Front and the Tigray People’s Liberation Front, who have both committed to ousting of Ethiopian President Aby Ahmed and the formation of their own transitional government. The move was made after Ethiopia’s government declared a nationwide state of emergency on November 3.

The UFE has shifted its goals since November 5: from initially desiring to force concessions from the Aby government, to forming its own government. This change marks a significant turning in attitude towards the conflict, and negotiations between the government and the UFE forces appear to have been rejected out of hand. Several countries including the United States, which had been aiming to broker a peace arrangement, have issued Do Not Travel warnings and are evacuating non-essential diplomatic personnel and their families from Ethiopia. Unfortunately, this does not show confidence in whatever negotiations are being facilitated. This can be explained in part by the extremely charged nature of the civil war: both the government and factions of the UFE have framed the civil war as a war of survival, in which sacrifices must be made to save each entity.

So far government forces have been roundly defeated in combat following a decisive attack by the TPLF and OLA forces into the Amhara Region; the attack has captured the main road linking the capital to government forces fighting in the Amhara and Afar regions. Airstrikes conducted by the Ethiopian Air Force appear to have limited success in breaking up these attacks whilst UFE forces attack with armoured fighting vehicles including ex-Ukrainian T-72 tanks. Images of the newest recruits of pro-government militias show many prospective soldiers armed with antique bolt-action rifles.

The fighting has produced human tragedies across the frontline. A UN report published on November 3 decried the brutality of conduct by the Ethiopian National Defence Force, the TPLF, and Eritrean soldiers. The report produced evidence of targeted ethnic cleansing, extra-judicial executions, sexual violence, and deportation of Eritrean refugees back to Eritrea to face torture by the government there. Other reports allege that TPLF attacks in Amhara and Afar were conducted with the use of human shields by TPLF forces.

The situation appears bleak for the future. UFE has repeatedly refused to rule out an offensive towards Addis Ababa and appears to be aiming to decisively defeat the remaining Ethiopian National Defence Force divisions currently on the front line as the force pushes to attack the capital of Ethiopia. The OLA claimed, on November 7, that their troops were massing east of Sendafa for an attack towards Addis Ababa, about 15km from the official boundary of the capital itself.

Fighting is likely to intensify as the new offensive continues to drive south and target ENDF field divisions, bringing increased human atrocities with it. Addis Ababa is under high threat of an assault by UFE forces, which will evidently cause significant disruption across the country should the capital come under siege. Travelling around the conflict areas will be extremely dangerous. Internally displaced persons will become more prevalent across the country, whilst health and transport infrastructure will become increasingly strained.

The civil war is likely to scar Ethiopia for decades to come. Even the capture of Addis Ababa will not end the resistance of pro-government forces, and significant fighting will continue into 2022 no matter who claims victory by any metric. A protracted war in Africa’s fastest-growing economy and second-most populated nation will increase instability in the Horn of Africa, facilitating the easier flow of arms to militant and bandit groups into South Sudan, Kenya, and Somalia.