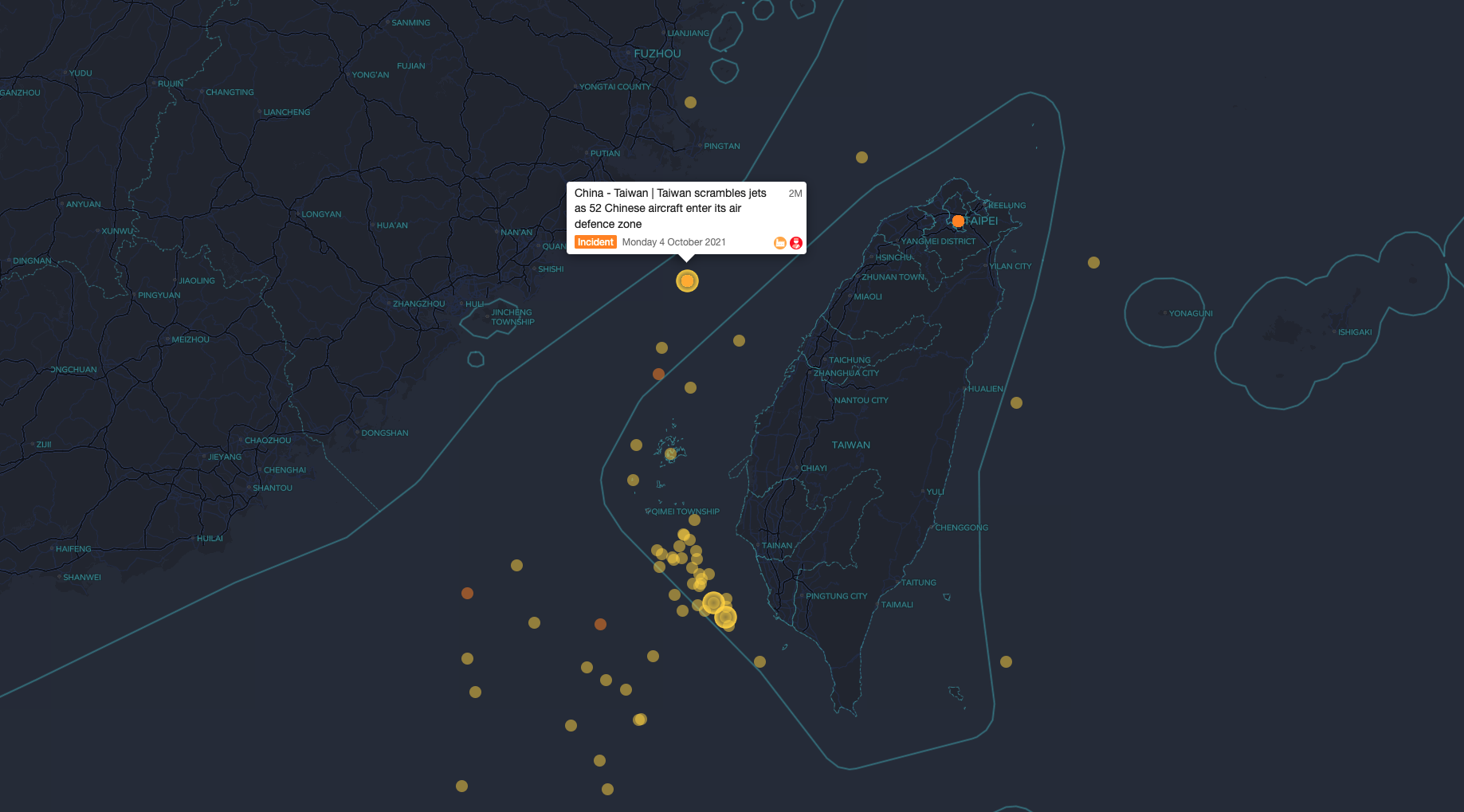 Since the 2016 Taiwan General Elections, China-Taiwan relations have been rapidly deteriorating. China has been imposing economic sanctions on Taiwan and staging military provocation in Taiwan Strait. On 1 October, the national day of China alone, 38 Chinese warplanes flew towards Taiwan, entering Taiwan’s Southwestern ADIZ. Taiwanese Air Force sent its patrol force and tracked Chinese aircrafts with its air defence system. The tension across Taiwan Strait has aroused international attention, the United States and its allies expressed their military and diplomatic support to democratic Taiwan. Why is the crisis in Taiwan Strait at the centre of international attention? What are the next moves for China, US and Taiwan?

Since President Xi Jinping came to power, China has shown a greater ambition to “recover” Taiwan. In 2012, Xi pledged to bring another “Great Revival of China” and regard the unification with Taiwan as the key to the “China Dream”. China has resorted to economic and diplomatic means to press Taiwan for accepting reunification with China. Since 2016, China has been providing generous economic aid to Taiwan’s diplomatic allies, luring them to cut off the diplomatic ties with Taiwan. China also banned imports of Taiwanese fruits and restricted travel to Taiwan. To achieve unification with Taiwan, Xi did not rule out the chance of military invasion as he said China would reserve the right to use military force. In January 2019, Xi Jin-ping issued the “Message to Compatriots in Taiwan”, urging Taiwanese to accept unification by the “One Country, Two Systems” model and reiterating Chinese resolution to recover Taiwan by force.

In response to Chinese pressure, Taiwanese President Tsai Ing-wen immediately rejected the unification with China. The majority of Taiwanese also adhered to the position of President Tsai and opposed reunification. In view of the Chinese military threat, Tsai stepped up to reinforce Taiwan’s self-defence ability by raising military spending and pursuing self-sufficiency in arms production. Tsai also seized on Sino-American rivalry to improve the bilateral relations with the US. In August, Taiwan invited the US Health Secretary, Alex Azar, to visit Taiwan, who has become the highest-ranking US official to Taiwan since 1979. Military cooperation with the US has also become more visible when Tsai Ing-wen openly confirmed the presence of the US military in Taiwan during a CNN interview.

Having witnessed Chinese aggression across the Taiwan Strait, the United States realized that it cannot be a bystander for several reasons. First, Taiwan is a key player in the First Island Chain. As early as in Cold War, US general Douglas MacArthur highlighted Taiwan’s strategic importance by describing the island as an unsinkable aircraft carrier. Taiwan is located between the Philippines and Ryukyu Islands, if Taiwan is in danger of a Chinese military attack, US bases in Okinawa and the Philippines will likely fall under Chinese threat. Second, Taiwan’s production of semiconductors is critical to the American economy. US technology giants like Apple and Microsoft have been reliant on the semiconductors by Taiwan. Chinese military invasion will probably halt the production of semiconductors in Taiwan, disrupting the global supply chain. Hence, the economic value of Taiwan has necessitated US intervention. Third, the Chinese military conquest will imply the death of democracy in Taiwan. Taiwanese people will definitely suffer the same fate as Hong Kong after unification with China. After the legislation of National Security Law in 2020, China has accelerated its manipulation over this Asian Financial Hub and suppression of democratic movements, with pro-democracy activists being arrested or forced to go into exiles.

Xi’s declining popularity will propel China to remain aggressive towards Taiwan. Xi is currently preparing his re-election of General Secretary in the 20th National Party Congress next year. Yet, China is facing a multitude of domestic problems like unemployment, power cuts and food shortage which pose a potential threat to his re-election. If Xi is incapable of solving the current domestic crises and subduing public discontent, China will possibly escalate its tension with US and Taiwan in the Indo-Pacific region to divert public attention away from its domestic problems. In addition, China’s bargaining power in the conflicts with Taiwan will determine China’s move. Professor Taylor Fravel at MIT argues the negative shift in bargaining power provides China incentives to use force, especially when China is pessimistic about the ability of diplomacy to accomplish its goal. If China feels its bargaining position inferior to Taiwan, it will increase China’s likelihood of resorting to military provocation. Even though China has a greater likelihood to continue its military provocation in Taiwan Strait, it is unlikely that China will invade Taiwan in the near future due to US deterrence.

The United States will move towards Strategic Clarity by showing more commitment to defend Taiwan. President Biden has recently confirmed the “rock-solid” American commitment to defend Taiwan in case of a Chinese attack. Following Biden’s commitment, US officials will explicitly stress the importance of Taiwan security and resolution to protect Taiwan. Furthermore, the value and volume of American arms sales have been progressively boosting, these arms have been more offensive rather than defensive in nature. In October 2020, the US supplied Taiwan with AGM-84H missiles, equipping Taiwan with the ability to strike Mainland China. As the US Secretary of State has assured Taiwan that the US would strengthen Taiwan’s self-defence ability, the US will likely expand its volume arm sales to Taiwan and provide more offensive weapons to Taiwan. Containment has always been an American strategy against China, the United States will also unite its allies to counter Chinese aggression. Aside from Japan, Australia and Canada have also demonstrated their support for the security of the Taiwan Strait. The US and Canada have recently conducted a joint naval patrol in the Pacific, sending warships to transit through the Taiwan Strait. On November 13, the Australian Defence Minister vowed to support the US response in case of attack by China regardless of China protest. The US will invite more allies from other regions to express support to Taiwan militarily and diplomatically.

The China factor has been a salient issue of elections in Taiwan, attitude towards China is one of the major political cleavages in elections. The coercion from Beijing will only backfire when most Taiwanese reject unification with China and prefer the status quo as a self-governing entity. Capitalizing on the tough position towards China, Tsai and Democratic Progress Party (DPP) won a landslide victory and defeated a major pro-China opponent, Nationalist Party (KMT), in the 2020 General Election. If China continues to coerce Taiwanese to accept unification by military and political means, it will benefit the incumbent party, DPP, and other localist parties (e.g. State Building Party). In contrast, pro-China parties like KMT will be further unpopular and stand little chance to win in future elections.