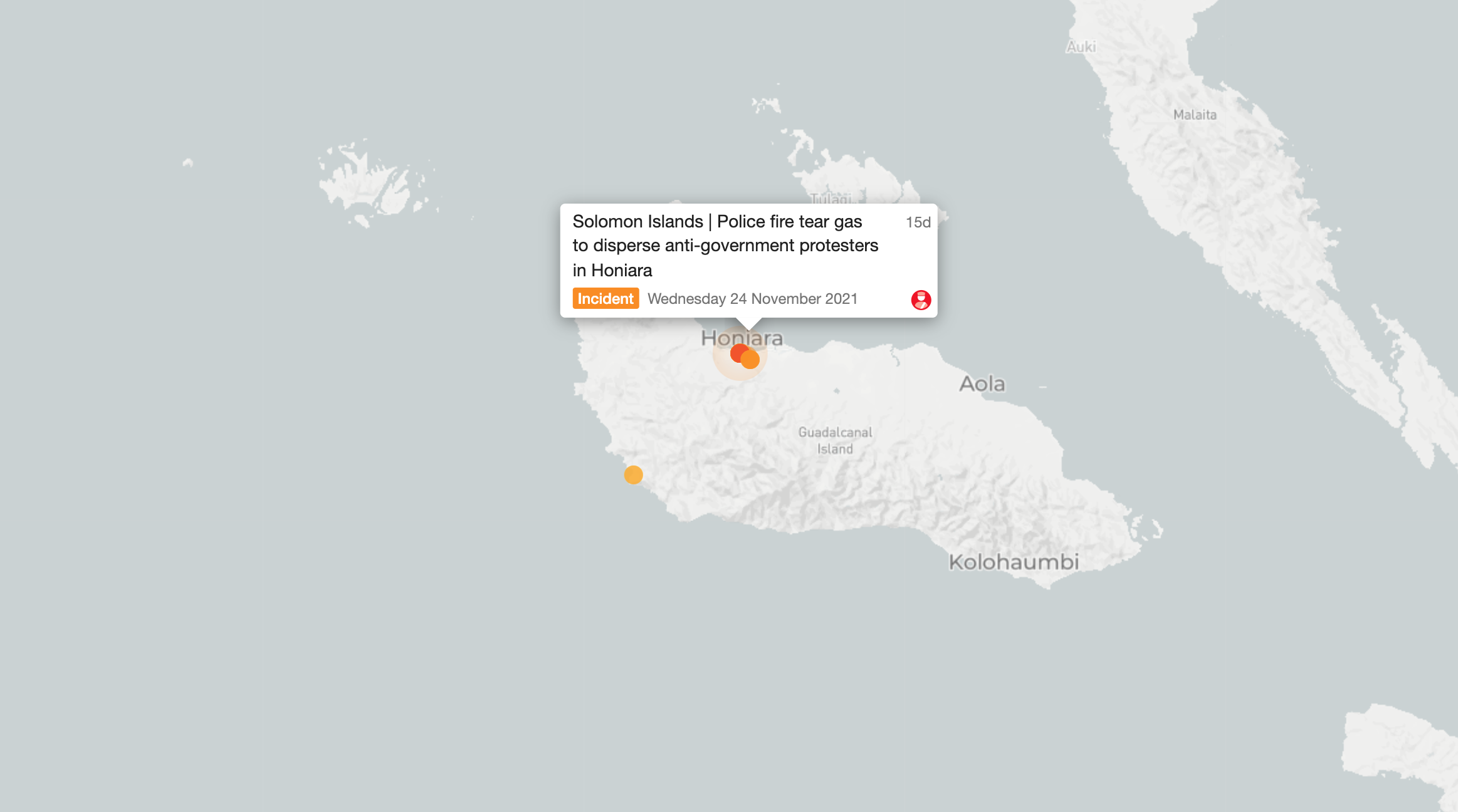 Is the Solomon Island unrest a setback to China’s ambition in South Pacific?

On November 24, peaceful demonstrations against Prime Minister Sogavare on the Solomon Islands against the current government turned violent, protests looted shops in China Town and burnt down government buildings. As Sogavare’s administration was incapable of maintaining law and order, Australia and New Zealand sent peacekeeping troops to quell the civil unrest on the islands. The violence against Chinese businesses revealed a backlash against Chinese expansion in South Pacific. What are the impacts of the civil unrest on China’s ambition in the South Pacific?

To explain Chinese ambition in South Pacific, it is essential to understand the strategic and economic value of the South Pacific to China. China extends its influence to South Pacific out of the strategic value. South Pacific islands are in the backyard of Australia and situated along the American Second Island Chain. In 2019, China offered to provide loans for the construction of ports in Vanuatu and Samoa. Australia’s Fairfax Media even reported that China sought to establish a naval base in Vanuatu, but it was quickly denied by the officials of Australia and Vanuatu. These Chinese-constructed ports can potentially serve as naval bases, enabling the Chinese navy to enter the Australian backyard and break away from the US containment.

China has also been eager to capitalize on the abundant natural resources in South Pacific. China is now a major importer of seafood, accounting for over 40% of the global volume and consuming 65 million tons of seafood. Owing to the nearshore overfishing in recent years, Chinese fishery resources have been nearly exhausted and inadequate to satisfy domestic consumption. Given the shortage of fishery resources, Chinese fishing fleets are desperate for fishing ground in South Pacific. In addition to fishery resources, China also has its eye on wood and mineral resources in South Pacific. Chinese enterprises have taken the advantage of loose regulation over mining and logging, and already become the largest customers of wood and minerals. In 2019, China imported 4.8m tonnes of logs, 4.8m tonnes of mineral products, and 72,000 tonnes of seafood from the region. Therefore, South Pacific Islands have become reliant on Chinese business economically.

Since Xi Jinping believes that Taiwan’s loss of diplomatic allies would be a blow to Tsai Ing-wen’s popularity, China intends to lure Taiwan’s diplomatic allies to cut off the diplomatic ties with Taiwan and switch their diplomatic recognition to Beijing. Currently, Taiwan maintains its official relations with 15 countries, 4 out of them are South Pacific countries. In recent years, China has adopted ‘money diplomacy’ by offering unconditional aid, investment and even bribing officials, in an attempt to entice Taiwan’s diplomatic allies to abandon Taiwan. Last year, China provided infrastructure aid and loan to Kiribati and Solomon Islands in exchange for the switch of diplomatic recognition to Beijing, Australian 60 Minutes revealed that Chinese agents bribed the MPs of the Solomon Islands for their support to China. The Chinese Foreign Ministry praised these pro-China politicians of Kiribati and Solomon Islands for making ‘correct choices’.

Civil unrest on the Solomon Islands can be attributed to the backlash against Chinese influence and long-standing governance problems. China’s excessive and unregulated resource extraction has not only raised environmental concerns but also aggravated the official corruption, sowing the seeds of violence against Chinese business. People have been deeply resentful of Chinese predatory resource extraction on their coast which has been detrimental to the domestic livelihood. Such discontent has become a cause of violence against Chinese businesses. Besides, protesters were mostly from the Province of Malaita where an overwhelming majority of the residents were pro-Taiwan and against the switch of diplomatic recognition to Beijing. The protestors were also unpleased about Sogavare’s corruption and incompetence, those from the Province of Malaita blamed the central government for deepening regional disparity.

The Solomon Islands unrests have been under the spotlight since it has raised concerns over China-Taiwan rivalry. Regardless of the absence of evidence, Chinese officials and media perceive Taiwan as the main culprit. The spokesperson of the Chinese Foreign Ministry, Zhao Lijian, asserted that any attempt to impair the Sino-Solomon relations would be ruined. Global Times, a mouthpiece of the Chinese Communist Party, accused Taiwan of provoking violence on the islands. Prime Minister Sogavare echoed the Chinese official viewpoint, claiming foreign interference has been behind the riots.

After the break-up of Taiwan-Solomon Islands diplomatic ties, Taiwan has still maintained its assistance to the islands, retaining its attachment to the islands. During the Covid-19 pandemic, Taiwan bypassed the central government and donated masks to the Province of Malaita, the Mayor of Malaita was also invited to Taiwan despite the pandemic border closure. Although Taiwan remained its generous aid to the islands, there is no evidence to suggest Taiwan is behind the anti-China violence.

The civil unrest can be a setback to Chinese ambition in the region. First, although the current pro-China Prime Minister survived in the vote of no confidence on December 6, he is still unable to pacify the angry crowd with the anti-China sentiment. Meanwhile, an increasing number of Solomon Islands politicians have expressed their scepticism towards Chinese investment, which will pose a hurdle to Chinese expansion on the islands. Furthermore, the Solomon Islands turmoil will discourage the four remaining Taiwan’s diplomatic allies, namely Vanuatu, Marshall Islands, Nauru and Palau, from changing their diplomatic recognition to China.