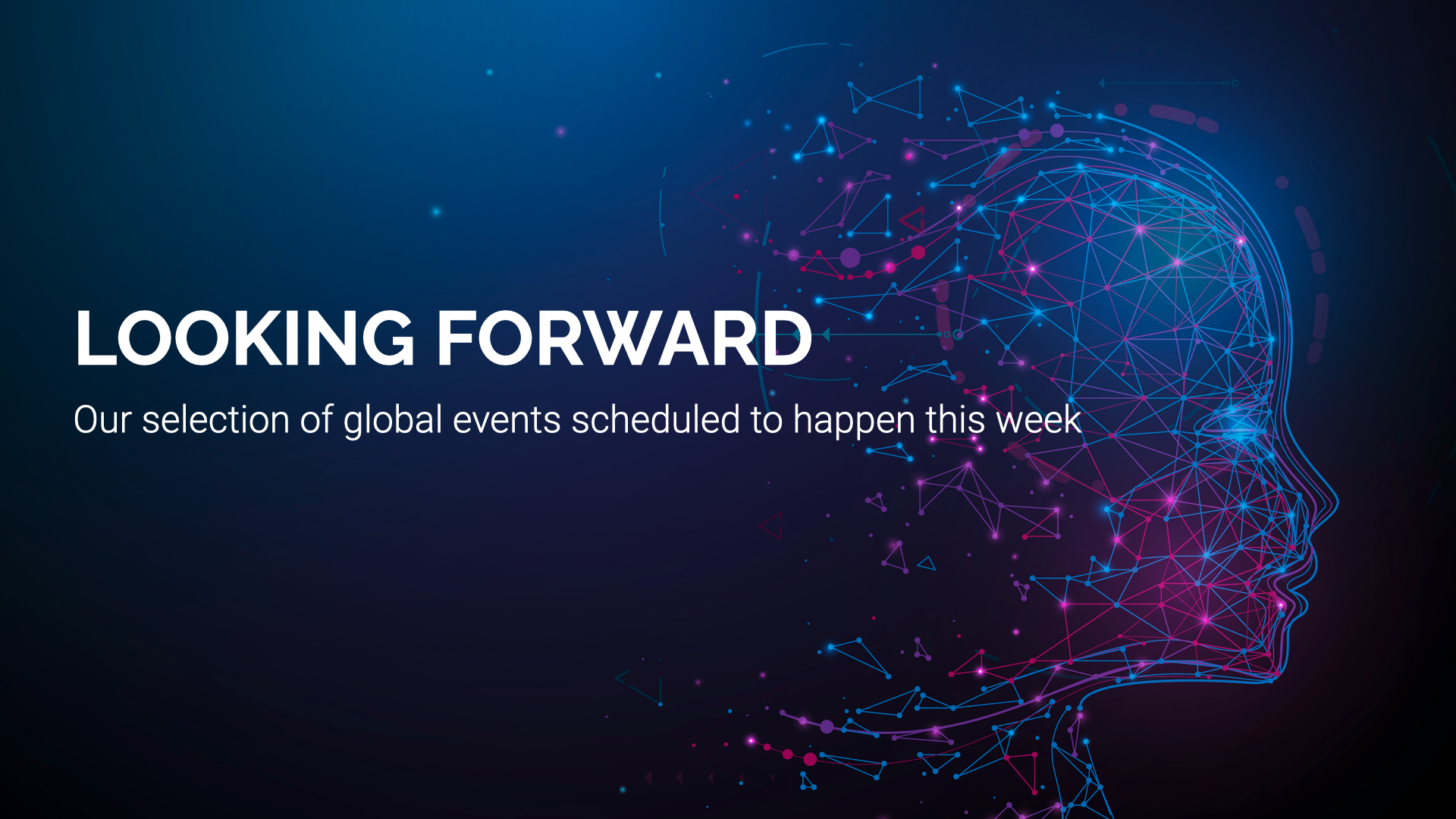 Cameroon | CAJSC to stage a demonstration in Garoua, North Region on August 12
On August 12, the Confederation of Young Solidarity Associations of Cameroon (CAJSC) will stage a demonstration in Garoua, North Region. The demonstration will be held between 10 am and 12 pm local time. The activists want to obtain the release of individuals incarcerated in the central prison of Kondengui in the framework of Operation Sparrowhawk. The march will start from the Foyer Lopéré to the sub-prefecture of Garoua 2 via the Layndé crossroads.

Mexico | Pride Parade to take place in Toluca, State of Mexico on August 13
On August 13, a Pride Parade will take place in Toluca, State of Mexico. The march will begin at Jardín Reforma at 10 am and will end at Parque Alameda on Avenida Miguel Hidalgo. Around 7 thousand people are expected. The central areas of Avenida Miguel Hidalgo, Avenida Sebastián Lerdo de Tejada and Avenida José Ma. Morelos will be the most affected.

United States | Action for the Climate Emergency (ACE) to protest in Sacramento, California on August 13
On August 13, Action for the Climate Emergency (ACE) will hold a protest in Sacramento, California. The protest will take place on the west steps of the California State Capitol Museum on 10th Street at 12 pm local time. The protest is staged to demand the declaration of a climate emergency.

Australia | Rail, Tram and Bus Union workers to strike in Sydney on August 10
On August 10, workers from the Rail, Tram and Bus Union will launch a strike in Sydney. The strike will involve workers in the T4 Eastern Suburbs and Illawarra line and some Sydney services from 10:00 am to 4:00 pm local time. The action is part of an ongoing dispute over wage and security of trains, with similar actions being planned on August 17, 23, 25, and 31.

India | Student organization to stage statewide protest in Tripura on August 13
On August 13, a statewide protest will be staged in Tripura. The Students’ Federation of India (SFI) secretary announced intentions to block roads for 15 minutes across all 8 districts in the state between 11:00 am to 12:00 pm local time on August 13, in protest against the state of education in Tripura. The secretary continued that it is just a symbolic protest, but will spread the movement to other states if no actions are taken.

Pakistan | PTI to hold public gathering in Islamabad on August 13-14
On August 13-14, the Pakistan Tehreek-i-Insaf (PTI) will reportedly hold a public gathering in Islamabad. On August 13 the protest will occur at Islamabad Parade Ground, and on August 14 it will occur at the Pakistan Tehreek-i-Insaf assembly hall. The gatherings, which will mark Pakistan’s Independence Day, are intended to pressure the current government to hold early general elections in the country. Gatherings held by PTI in the past have been met with resistance by the government.

China | Military exercises to be conducted in the Yellow Sea from August 6 to 15
China | Restrictions imposed due to COVID-19 in parts of Qianjiang, Hubei till August 9
China | Restrictions imposed due to COVID-19 in certain areas of Dianbai in Maoming, Guangdong till August 10
China | Existing COVID-19 social distancing measures to be extended, from July 28 to August 10, in Hong Kong
China – Mongolia | Chinese Foreign Minister to travel to Mongolia on August 7 and 8
India | Mobile internet services suspended statewide in Manipur till August 11
India – Oman | Omani-Indian military exercise to be conducted in Bikaner, Rajasthan on August 1-14
Indonesia – United States | Garuda Shield military exercise to be held from August 1 to 25
Indonesia | Garuda Indonesia to operate 12 additional flights to and from Manado, North Sulawesi between August 3 and 15
Indonesia | Komodo National Park tourism workers to hold a daily strike to protest the raised admission fees in Komodo and Padar, East Nusa Tenggara on August 1-31
Japan | COVID-19 restrictions to be implemented in Okinawa, from July 22 to August 14
Nepal | Government extends import ban on 10 types of goods until August 30
Pakistan | Monsoon rains, flooding forecasted throughout the country, from August 6 to 13
Pakistan | US Embassy issues security alert during Ashura in Pakistan (till August 9)
Pakistan | Continued power restrictions until August 16 applied to Karachi, Sindh
South Korea | South Korea to allow visa-free entry to travellers from Japan, Taiwan, and Macau till August 31
Taiwan | Live-fire missile tests to be held in Pingtung and Taitung from August 03 to 26

Albania | Anti-government protest to be held in Tirana, on August 8
On August 8, an anti-government protest will be held in Tirana. The demonstrations are scheduled to take place in front of the Ministry of Interior at 7 pm local time. The protestors are demanding the dismissal of the Minister of the Interior, Bledi Çuçi, the General Director of the State Police, Gladis Nano, and the Minister of Tourism, Mirela Kumbaro after a child was killed in a boat accident.

Ireland | Protest planned about proposed development in Dublin on August 11
On August 11, a protest is planned against the development of a Hotel where 3 popular pubs are currently in Dublin. The protest will begin at 7:00 pm local time on O’Connell Street.

United Kingdom | Strike planned for ABC Council, Northern Ireland, on August 10
On August 10, a strike is planned for the trade union workers in the ABC Council, Armagh City, Banbridge, and Craigavon Borough Council, in Northern Ireland. The strike is to bring attention to the cost of living crisis and working conditions. “This council employs around 1,400 people and trade union membership is very high – around 80% and the majority of our members will be out on the day of action, starting on the 10th August,” stated Alan Perry of the GMB union.

United Kingdom | Train drivers in UK to strike over wages on August 13
On August 13, train drivers from 9 different companies will go on strike in demand of wage increases. “With inflation running at north of 10% that means those drivers have had a real terms pay cut over the last three years. We want an increase in line with the cost of living – we want to be able to buy, in 2022, what we could buy in 2021,” stated Mick Whelan, general secretary of ASLEF.

Belgium – Luxembourg | Rail traffic to be disrupted due to maintenance work on the Ottignies-Namur-Luxembourg line (August 6-29)
Belgium | Traffic disruption on bus line 13, N16 and 58 in Brussels (August 1-29)
France | Maintenance work to disrupt rail traffic, every weekend in August, at Lille-Flandres station in Lille, Hauts-de-France (August 6-28)
France | Traffic movement to be disrupted between August 1 and 19, due to maintenance work, on A11 motorway and ring road in Nantes, Pays de la Loire
France | Tram services on T1 line to be disrupted until August 12, due to maintenance work, in Lyon, Auvergne-Rhone-Alpes
Germany | Brandenburg State Government extends COVID-19 guidelines until August 16
Hungary | Constructions on the Southern Railway Bridge to cause service disruptions, from July 10 to August 18
Latvia | Government extends state of emergency in Ludza, Krāslava, Augšdaugava, and Daugavpils until August 10
Kyrgyzstan | Authorities announce the restriction on the movement of trucks over 18 tons, until September 1
Netherlands | KLM to cancel between 10 and 20 return flights to European destinations daily until August 28
Netherlands | Transavia airline to cancel 240 flights at Amsterdam-Schiphol (AMS) between July 7 and August 14
Poland – Netherlands | LOT Polish Airlines cancels dozens of flights from Warsaw Chopin Airport (WAW) to Amsterdam-Schiphol Airport (AMS) between July 3 and August 29
Portugal | Authorities extend COVID-19 alert until August 31
Russia | Yellow level terrorism threat extended until August 9 in parts of Crimea
Russia | Yellow level of terrorist threat extended in Sevastopol, Crimea until August 14
Russia | Closure of airports in the south and central parts of the country extended until August 11
Spain | Workers’ union at Mecanizados CAS to stage strikes, on July 26 and August 3, 11, and 17, in Aviles, Asturias
Spain | Repsol workers’ unions to stage strikes on July 15-17 and August 13-15
United Kingdom | Glasgow subway workers to go on strike on August 6, 9, 13 and 27
United Kingdom | Waste management workers planning to go on strike, from August 1-19, in Elmbridge and Surrey Heath, England
United Kingdom | London Heathrow Airport (LHR) to cap number of departing passengers at 100,000 a day from July 12 to September 11
Ukraine | Curfew imposed in Mykolaiv Oblast until August 8
Ukraine | Curfew extended in Kyiv Oblast until August 14
Ukraine | Martial law extended till August 23

Lebanon | Banks to strike from August 8
On August 8, banks will go on a strike following the announcement of the Lebanese banking association. The association stated on August 5 that banks will go on strike starting on Monday, August 8, without clear details about the end date. The strike emerges in the context of 8 weeks of public sector strikes and the recent arrest of the head of Lebanon’s CreditBank.

Turkey | Turkish government to send new drilling ship into the Mediterranean Sea, on August 9, to resume gas exploration
On August 9, the Turkish government will send its new drilling ship, Abdulhamid Han, from Mersin into the Mediterranean Sea to resume gas exploration. The announcement was made by the Turkish Minister of Energy and Natural Resources.

PrevPreviousFarmers’ protests in the Netherlands: an evolving threat to logistics and food security
NextLooking Forward | 22 – 28 August, 2022Next