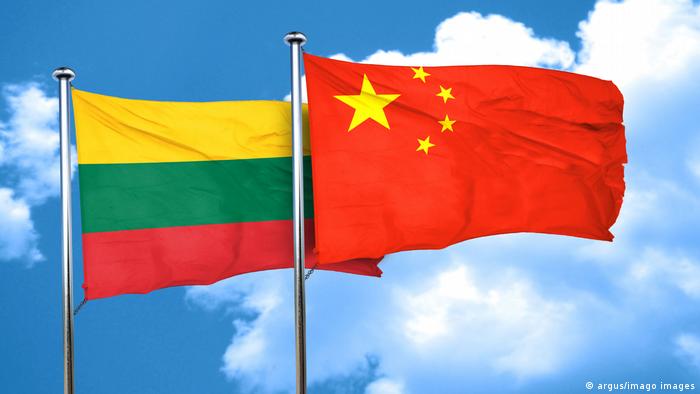 On December 15, Lithuania retreat all its diplomats from China due to safety concerns following an escalation of China-Lithuania relations. Three weeks before the Lithuanian diplomatic retreat, China downgraded its diplomatic relations with Lithuania and recalled its ambassador from Vilnius. The diplomatic tension between China and Lithuania was due to a major breakthrough of Lithuania-Taiwan diplomatic ties. Human rights issues and security concerns of Chinese investment also triggered the row. How will the China-Lithuania tension impact the EU-China relations? What are the next moves of Lithuania and the EU towards China?

China-Lithuania relations have begun to deteriorate since 2020 and rapidly escalated due to Taiwan issues. Xi Jing-ping has been very sensitive about Taiwan’s diplomatic relations and international visibility, so he spared no effort to restrict Taiwan’s international participation. Despite Taiwan’s incredible achievement in dealing with the Covid-19 pandemic, China pressurized WHO to exclude Taiwan from its membership. On December 10, China lured Nicaragua to cut ties with Taiwan and switch its diplomatic recognition to Beijing. From this perspective, any diplomatic breakthrough of Taiwan has been viewed as a challenge to the ‘One China Principle’ which empathizes Taiwan as part of China.

The escalation of China-Lithuania relations was largely due to the diplomatic breakthrough of Taiwan-Lithuania relations. In November, Lithuania permitted Taiwan to open its representative office as the de facto embassy in Vilnius. The decision of Lithuania was perceived as a violation of ‘One China Principle and encouragement to Taiwan independence, from the perspective of China. China attempted to impose its pressure on Lithuania by downgrading the diplomatic ties and withdrawing its investment in Lithuania. Yet, the use of coercion on Lithuania was in vain. The Parliament of Lithuania sent its delegation to Taiwan irrespective of China’s protest.

Lithuania is unlikely to bow to Chinese pressure due to the following reasons. First, the shock caused by Chinese economic sanctions has been limited since Lithuanian exports to China only accounted for nearly 1 percent of total export volume. Second, diplomatic support from the United States, the UK and other EU members has reinforced Lithuanian determination to stand firm against China. On November 19, the US signed an export agreement with Lithuania and criticised Chinese coercion. UK Foreign Secretary also railed against Chinese pressure on Lithuania. The majority of EU members, especially Baltic members, expressed their joint criticisms towards China and demonstrated their solidarity in backing Lithuania.

China’s coercion on Lithuania would be likely to backfire as Lithuania and other EU members would reassess their relations with China. The Belt-Road Initiative has alerted Lithuania to the possible dangers of Chinese influence in the region, Lithuania quitted the Beijing-led 17+1 economic initiative in May. Lithuania would be more cautious about the increasing leverage of Chinese capital and re-evaluate its trade relations with China. Other EU members will either watch a watchful eye on China’s capital or withdraw from the Belt-Road Initiative dominated by China. For instance, the new Czech government has been inclined to prioritise human rights over trade with China. Besides, more EU members will follow the US diplomatic boycott of the Beijing Winter Olympics following a decline of EU-China relations. Estonia, Latvia and Austria have called for the diplomatic boycott of the Olympics. The backfire effect brought by China-Lithuania tension would be a blow to Chinese leverage in Europe.

China’s economic sanctions on Lithuania would only obstruct trade relations with the entire EU. The trade commission of the EU has considered filing a complaint to WTO. The EU Commission is also proposing a trade defence measure to counter Chinese pressure on its members. Worse, the EU-China investment deal will likely come to a halt after China’s trade blockade. In May, the EU Parliament voted to suspend the EU-China investment agreement over Chinese human rights concerns. China’s trade sanction will only tarnish its reputation among EU members and make the deal more unlikely to be unfrozen.

PrevPreviousLuis Campos, Editor Americas Desk
NextCentral African Republic: How Russia is leveraging the Wagner Group to strengthen its hold on the regionNext